↑
You are here: Home / Recipes / Spaghetti Squash with Spinach and Sun-Dried Tomatoes

Spaghetti Squash with Spinach and Sun-Dried Tomatoes is a quick and easy vegetarian meal perfect for busy week nights!

I’ve decided that I would like to do Meatless Mondays, however, the males that I live with aren’t quite ready for that.   I will admit there are times Daryl just wants a big salad for dinner, but usually he wants it topped with steak or chicken.  I have found that I can go meatless myself for a day or two without it affecting them.  I was a vegetarian for over 10 years and I don’t always want to eat meat everyday. I made this Spaghetti Squash with Spinach and Sun-Dried Tomatoes on a night where Daryl wanted to make venison, something I am not too keen on eating.

Daryl’s dad gave us the venison and I did get brave and tried it for the first time last week. He used it in his infamous spaghetti recipe.  It didn’t taste bad, I just have a hard time getting my head wrapped around the idea of eating deer and once was enough for me.

So, he decided to make venison burgers, and  I picked up a spaghetti squash and decided to use the spinach and sun-dried tomatoes I had bought for tomorrows Spinach Sun-Dried Tomato Omelets to make myself a meatless dinner instead.  I decided to use a fried egg as an extra source of protein.  Jaxon got to help make the burgers, and said he was going to eat the spaghetti squash because he liked it, but only ended up eating the burgers.  I was just happy that he tried it and now that I know he likes it, it will be on the menu again soon!

I do think maybe some feta and pine nuts sprinkled on top would really make this dish even more awesome, but I made due with what I had on hand.  Definitely give them a try if you have them! If you make this recipe, I would love to know what you think!  Leave me a comment or send me a message anytime!

This post contains affiliate links for your convenience.  See our Disclosure Statement for more information. 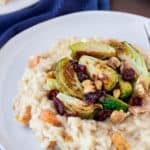 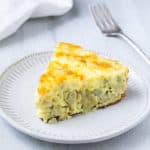 Artichoke Frittata with Shallots and Fontina 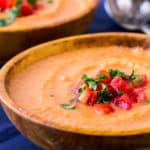 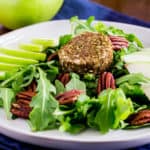 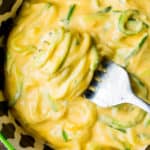 Keto Mac and Cheese with Zoodles