Try this Gluten Free Focaccia Pizza Crust for a little something different next time it’s pizza night in your home!

Growing up, I was never a fan of pizza.  In fact, I hated anything and everything that had spaghetti sauce on it.  Not easy on a kid growing up in an Italian family!  I eat sauce now, but I still tend to stray far from traditional when it comes to recipes that typically use a red tomato based sauce.  I’m always looking for ways to switch things up, especially when it comes to pizza.  I’ve made a few pizza’s on the blog already, but this one was built on a gluten free Focaccia Pizza Crust.

I was actually making two pizza crusts at the same time.  This one and a non-gluten free crust for those of us who can eat gluten.  I think making them side-by-side is what triggered a ton of worry about how this Gluten Free Focaccia Pizza Crust was going to end up. 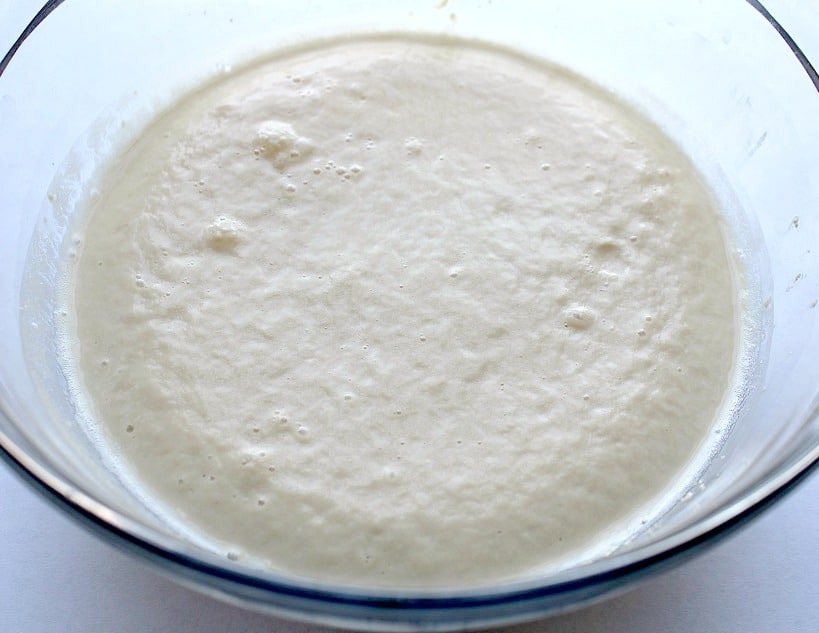 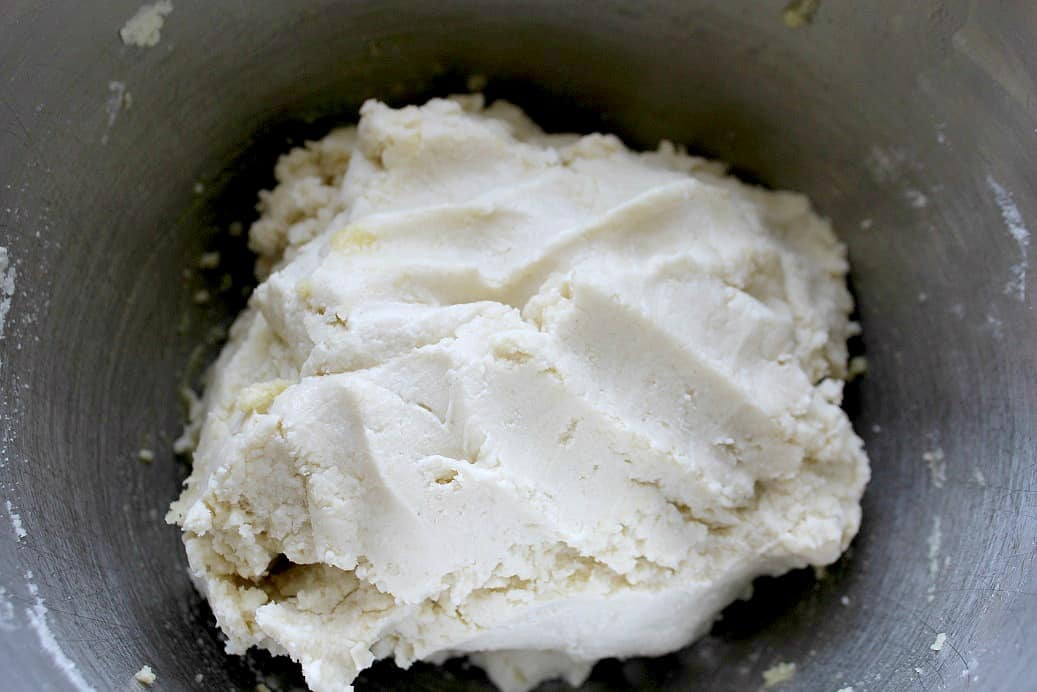 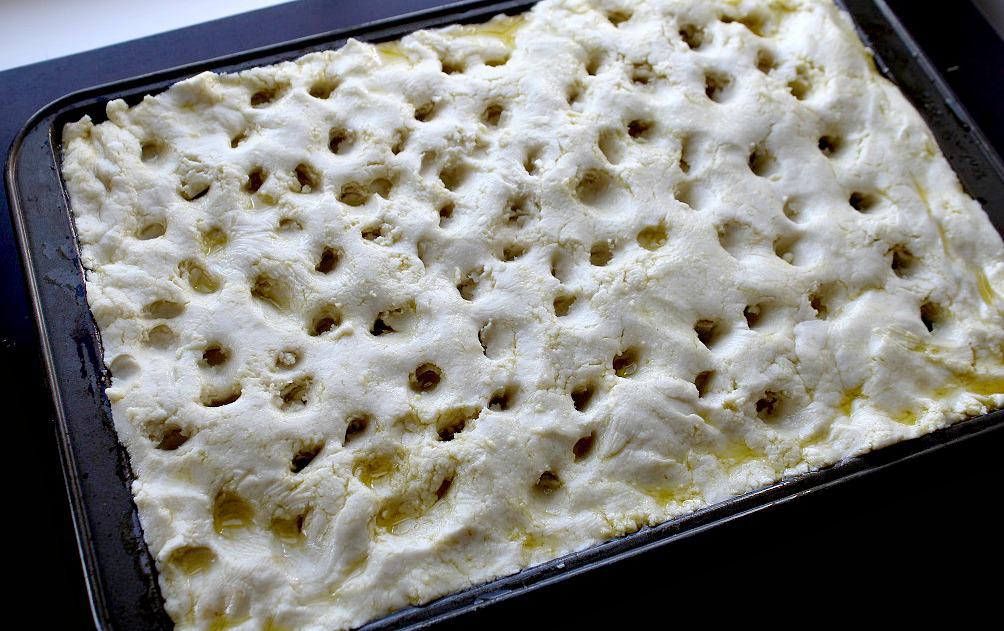 Daryl came home with a prepackaged pizza crust in hand.  It was then that I realized that I didn’t have extra cheese or tomatoes to put on it if we did end up needing to make it.  My fingers were all crossed in hopes this thing would be edible.  I topped both pizzas with fresh mozzarella, sun-dried tomatoes, and arugula and put them back in the oven to finish baking. 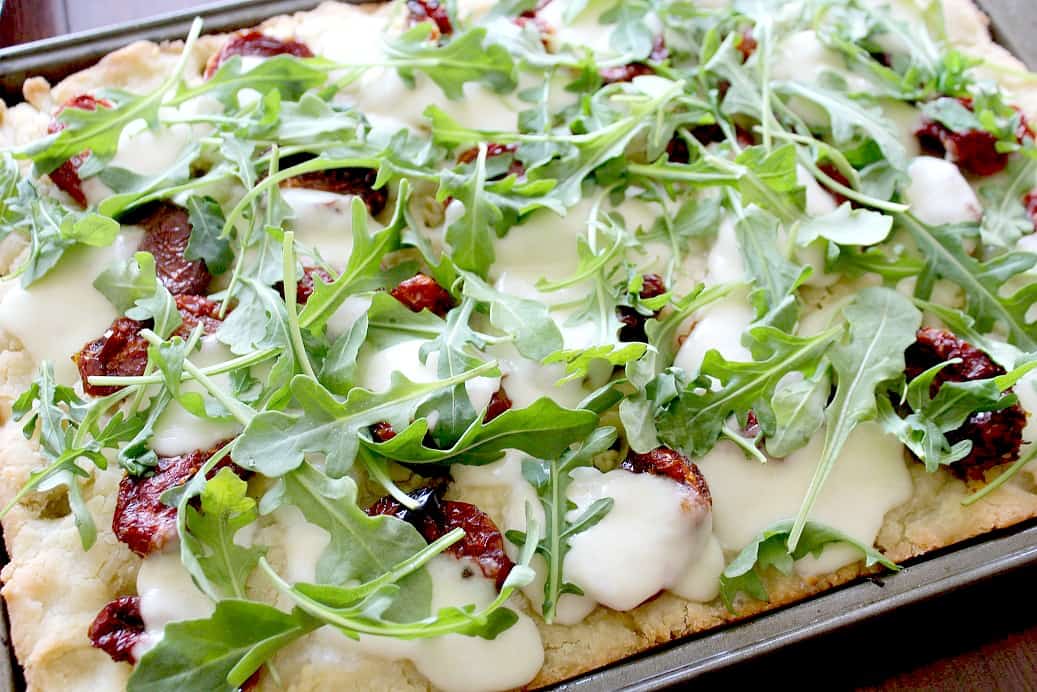 Daryl’s gluten free Focaccia Pizza Crust ended up being denser than the non-gluten free crust.  I think this was due to the fact the gluten free dough won’t rise as much.  I tasted both and was really surprised at how identical they ended up being.  Both crusts had the same traditional focaccia taste.  The Gluten Free Focaccia Pizza Crust even had a very similar texture, but with a little more graininess common in baking with gluten-free flours.  He didn’t seem to mind and ate half the pizza in one sitting!

I tend to stick with tried-and-true prepackaged gluten free flour blends.  I feel like each one gives different results.  For this recipe, I used Pillsbury Gluten Free Flour Blend because I’ve had really good results with it in the past.  I also really like King Arthur’s, but have not tested this recipe with it.

The recipe below is for the Gluten Free Focaccia Pizza Crust only.  You can top it with the same ingredients I did, or any other way you prefer your pizza!  A lot of focaccia recipes will sprinkle the top of the bread with salt and rosemary.  For more traditional pizza’s I’d recommend garlic and oregano!

I hope you enjoy this little spin on pizza crust and that this Gluten Free Focaccia Pizza Crust turns out as good for you as it did for us! 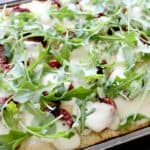 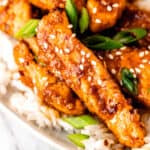 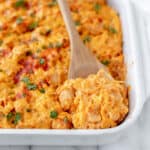 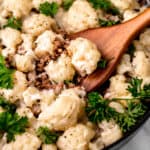 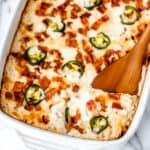 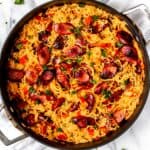