On our first day home from the hospital with Benjamin, we received a phone call from our geneticist’s assistant with lots of information regarding his Achondroplasia (dwarfism) diagnosis and issues that may arise early on.  Achondroplasia related sleep studies and sleep apneas were briefly explained to us.

There are two types of sleep apnea, obstructive and central, both of which are common occurrences in children with achondroplasia (and other forms of dwarfism).

Obstructive Sleep Apnea (OSA) occurs when something is partially or completely blocking the upper airway.  The blockage can be from the tonsils and/or adenoids in a child with achondroplasia because their airways already tend to be smaller than average.  This is the most common form of sleep apnea.

Central Sleep Apnea (CSA) is a more serious form of sleep apnea because the brain is not telling the body to breathe.  People with achondroplasia have a smaller than normal opening at the base of the skull in which the spinal cord passes through.  Because the spinal cord is of normal size this can put pressure on the part of the spine that tells the brain to breathe while sleeping. If this is diagnosed, spinal decompression surgery could be needed.  This is a surgery where the opening at the base of the skull is made larger. 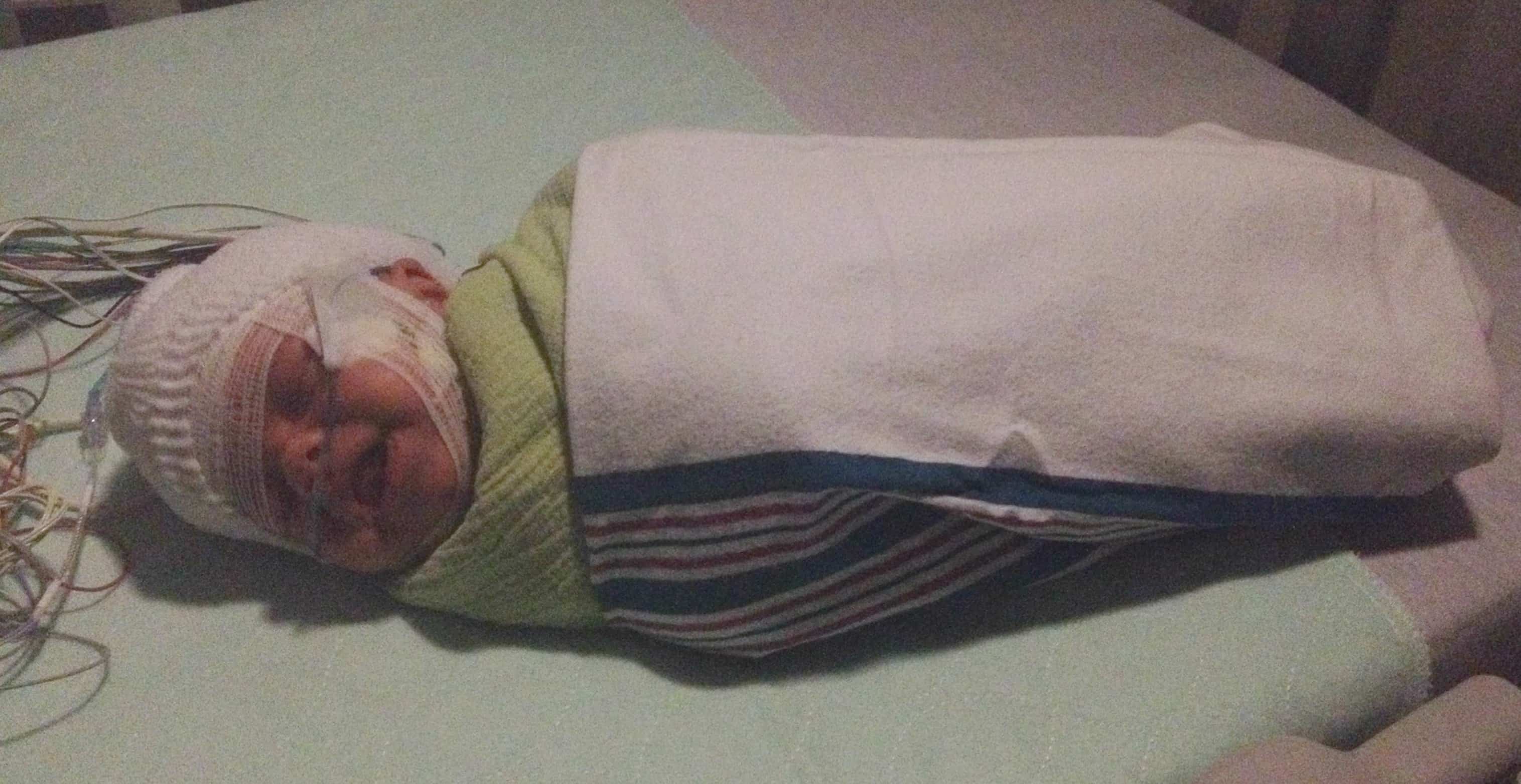 To diagnose either type of sleep apnea, a sleep study must be done.  Benjamin’s first sleep study was scheduled in July when he was 7 weeks old.   While the pictures look awful, it is not a painful procedure other than the fact they have no idea what’s going on.  He slept horribly, but they were still able to get the information needed to determine that he had mild OSA.  We were also told that his oxygen and carbon dioxide levels stayed normal, so the information was a bit conflicting.  It’s likely his diagnosis was the result of newborn congestion, which he had terribly for a couple months.  We still followed the doctor’s recommendation and put him on oxygen at night while he slept.

After meeting with the geneticist again a few months later, and consulting by phone with the pulmonary department at A.I. DuPont Children’s Hospital, we have since taken him off the oxygen.  He sleeps silently and never gasps for air. We still have the oxygen on hand, just in case.   He will go for a second sleep study in January (6 months after the first one), and we are hopeful for better results.

Benjamin’s second sleep study results turned out to be really good!  If you want to read the whole post you can do so here !  We could not be happier!

As always, if anyone has any questions regarding Achondroplasia related sleep studies and our experiences, please do not hesitate to contact me or see the Achondroplasia page for general information.

Gallery image with caption: Kyphosis in Children with Achondroplasia