A lot of people ask us about when and how we found out Benjamin’s Achondroplasia diagnosis.  When we were first starting to find out something wasn’t quite right, I found it very difficult to find the information I wanted. I was basically looking for other stories similar to ours.  Now, we have found a whole community of people and resources, but I wanted to get our story out there as well. Hopefully we can help other families with a potential dwarfism diagnosis who may be scouring the internet looking for another family they can relate to…and simply to share with anyone else who is curious.

We found out I was pregnant VERY early on – it was during a routine ultrasound to check cysts I have due to PCOS (Polycystic Ovary Syndrome).  I was actually told earlier in the appointment that if we ever decided to try to have a baby I would need “help.”   When they called to tell me my pregnancy test came back positive I was shocked.  I was on the pill and thought it would be near impossible with PCOS to get pregnant.  I was more shocked that their next words were, “you’re possibly losing the baby.”  Because I was considered high risk I had to go for blood work every 2 days for 5 visits to ensure the hormones were doing what they were supposed to to maintain the pregnancy.  They were.  I was seen weekly by the reproductive specialist that treats my PCOS until I reached 12 weeks and then I was referred to another OB/GYN for the remainder.

During my last weekly ultrasound at 12 weeks the baby’s heart rate was much lower than it should have been.  They used two different ultrasound machines and 3 different technicians and all got the same readings.  We were referred to Maternal Fetal Medicine right away.  Thankfully their readings were exactly where they should be, but this was now the second time I was told I was possibly losing the baby and only the beginning of the stressing and worrying.

We had a couple of months of smooth sailing, no problems, no worries. Our 20 week  ultrasound was normal.  Then, several weeks later, I was diagnosed with Gestational Diabetes.  I think I knew this was going to be the case because of the huge link between PCOS and insulin issues.  I had to go on a special diet and I was strict about following it.  I also had to go for growth scans and biophysicals.  This is where we started getting information that maybe something wasn’t normal. 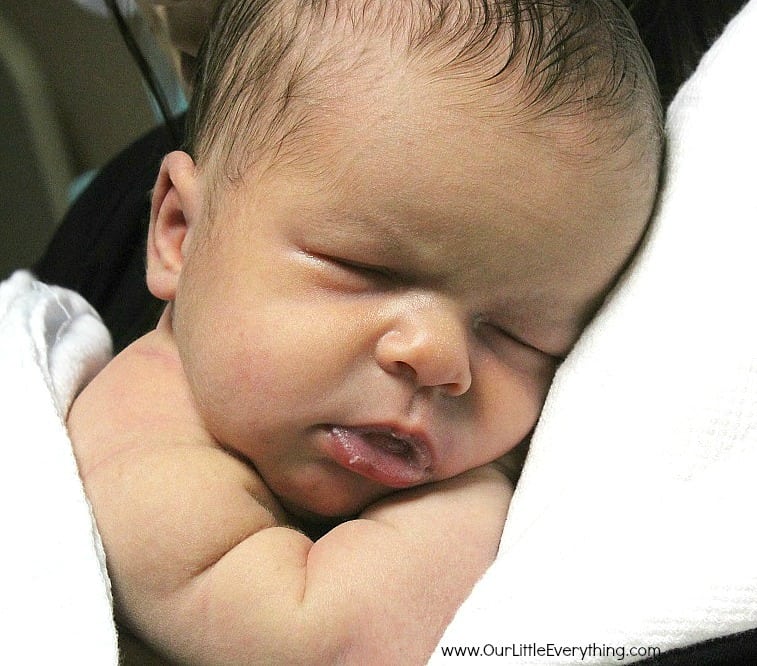 During the first growth scan (somewhere around 30 weeks), the technician took our measurements out to the doctor who then requested some of the measurements be taken again.  The doctor came in and told us that they the baby’s limbs were measuring shorter than normal but that babies all grow differently and that this was probably normal for our baby. He said we needed to come back in three weeks to better evaluate the growth.

Three weeks later…the same thing.  Except this time they mentioned the word “achondroplasia” as a possibility.  Still no one said it was highly likely or gave us any information on achondroplasia, or even spelled it out so we could look it up ourselves.  If I remember correctly I had to go to this appointment by myself and was overwhelmed and couldn’t remember everything they were saying.  I believe it was about now that they were also mentioning a higher than normal amniotic fluid level (this can occur because of the Diabetes but also because of a chromosomal defect such as Achondroplasia). They couldn’t determine exactly why it was happening in my case. When I went in for my regular OB/GYN appointment I asked my doctor if the limbs were significantly shorter or just slightly.  She told me it was significant, about 9-10 weeks behind where they should be.

All of our growth scans told us the same information: shorter than normal limbs, a high amniotic fluid level, and all other biophysicals were normal.  Still, Achondroplasia was only ever mentioned as a possibility.  We had read so much online about ultrasound measurements being wrong and were hopeful this was the case for us.  We refused amniocentesis because it wouldn’t make any difference, and with all the ultrasounds and blood work throughout the entire pregnancy, I had had enough.

We were given the option to go into delivery at 38 weeks during another growth scan showing the fluid levels were still high (and my risk of going into labor was increasing).  Because I was terrified of going into labor being that we live over and hour away from the hospital and I needed a repeat c-section, we opted to deliver early.  We were taken right in thinking we’d have to wait but then someone didn’t show up for a planned c-section.  What?!?!  Who doesn’t show up for that kind of appointment??  It was so fast and such a weird experience, but I’ll spare those details. 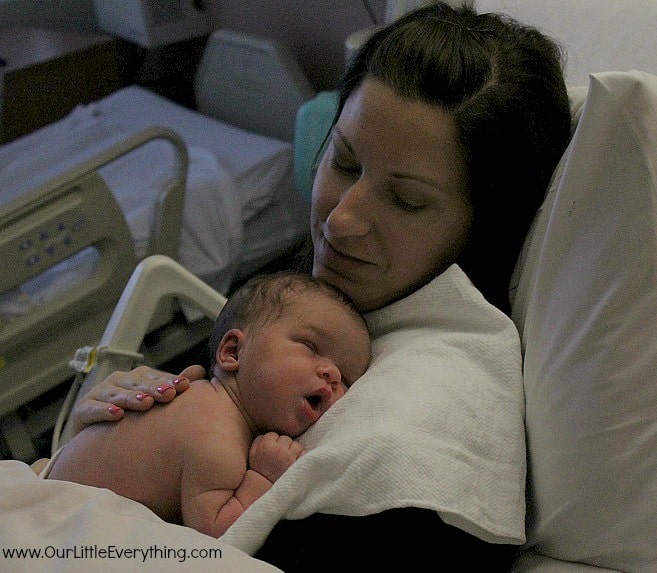 The doctor in the delivery room (possibly a geneticist but there was so much going on I am not sure exactly who was doing and saying what most of the time we were in the hospital) said it appeared his arms were hanging about where they should.  Again, I thought he was just fine.  They wanted to take a full set of x-rays and have a geneticist who specializes in skeletal dysplasia’s look at them.  It would be 3 days before anyone told us for sure that he had Achondroplasia.

I remember the nurse looking at his hands. She knew.  The geneticist on staff knew.  The doctors all knew.  And we kept asking over and over if they had heard back from the other specialist and kept getting the run around.  It was as if no one wanted to tell us.  They wouldn’t even do his circumcision because of his potential diagnosis (which we found out later was ridiculous and he was fine to have it).

They were basically referring everything to  A.I. DuPont Children’s Hospital in Wilmington, Delaware.  We did our research and found out that Dr. Michael Bober is one of the top specialists in this field.  His assistant called us our first day home from the hospital with all the do’s and don’ts and really made us feel a lot better about the whole situation by answering a lot of our questions and addressing concerns about things we had read online until we were able to get into see them when Benjamin was 7 weeks old for his first consult and sleep study.

We feel very lucky to be close enough to them to continue all Benjamin’s care there outside of regular pediatric appointments. 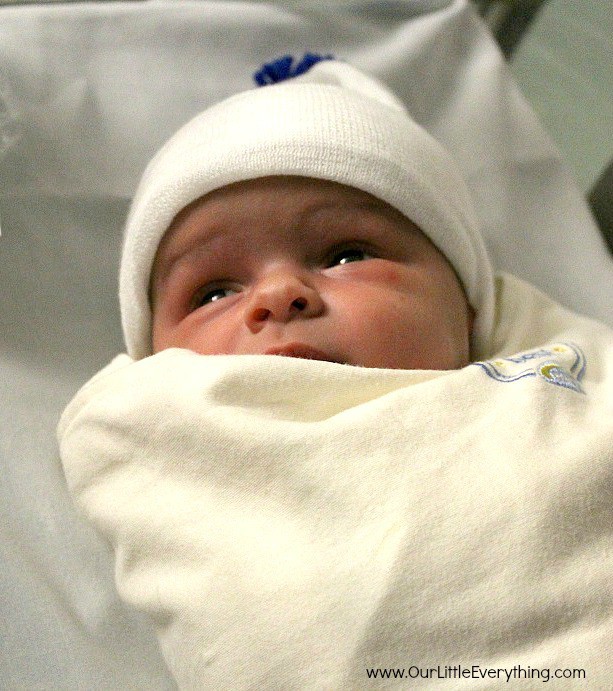 Benjamin is 6.5 months old at the time of this post.  There are still days I get upset.  I still worry about his future, if he will encounter more serious medical issues, how other kids will treat him when he’s older, how other adults will treat him, what his job will be like, what his relationships will be like and so on, but those days are less than they were on day one and I worry just as much about Jaxon, just in a different way.

I am not going to go into detail all the things we do and don’t do with Benjamin due to his condition in this particular post (more information can be found on the Achondroplasia Page), but will be posting updates on his condition as we go with the hopes of helping other families looking at a potential or definite Achondroplasia diagnosis. I will gladly answer any questions anyone has. We believe the more people who know Benjamin and understand dwarfism the better his life will be.