Benjamin had his 9 month checkup with his regular pediatrician a few days ago.  Because we made his appointment so early in the morning, Daryl took him, while I took Jaxon to the bus stop.  I hate to miss any of my children’s appointments, but I am so thankful to have a partner who can handle these things on his own, never complains, and tells me every little detail when he gets back home.

Our biggest concern was if he still had fluid in his right ear.  He had an ear infection a few weeks ago that was treated.  When we returned for a 2 week appointment to make sure the fluid had drained, it was still present (a common problem in children with Achondroplasia).  Thankfully, at this visit, there was no fluid found!  This was such a relief for us.  Our son has been very lucky so far in that he had not had too many issues common for his condition. 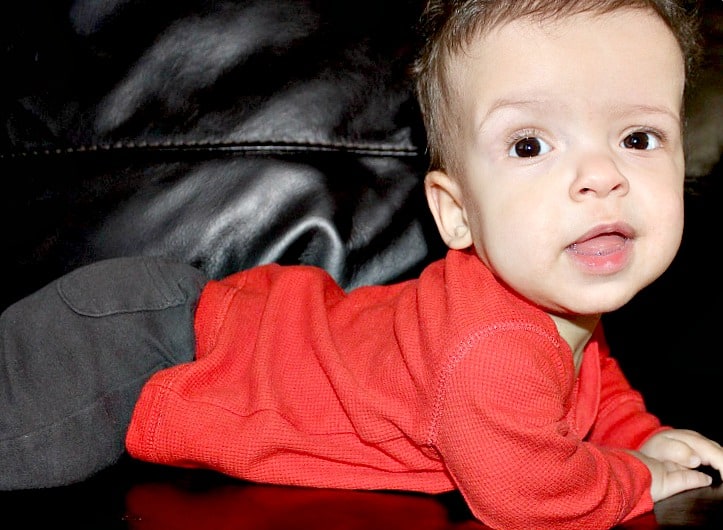 He has also been pretty much following the mean (average) for his height, weight for height, and head circumference as well.  He weighed 15 pounds, 8.8ounces and is now 25 inches tall.  His head circumference was 49.5cm.  We gave our pediatrician the weight for height chart, but I think he’s just using the height only chart because he told Daryl that Benjamin was only in the 25th percentile for weight.  I am assuming that is on a weight chart used for average height children.

It seems that not very many people have the weight for height charts so I am including them in this post for any families who may want it.  You can also find all the other common Achondroplasia growth charts on my post Achondroplasia Growth and Motor Milestones Charts if you need them. 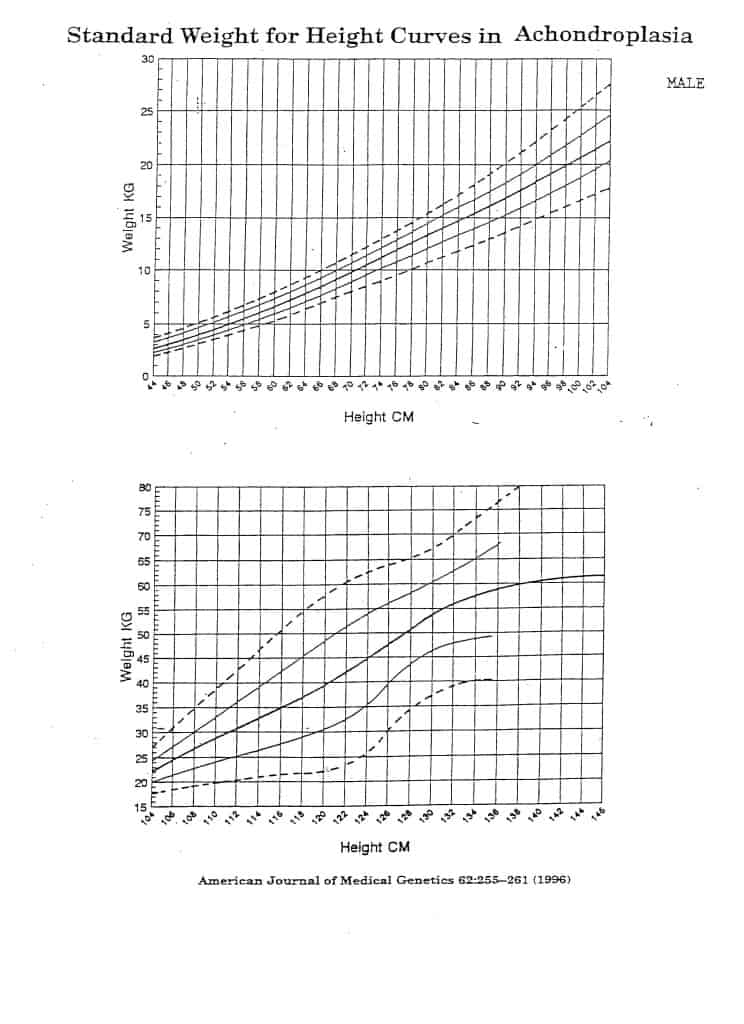 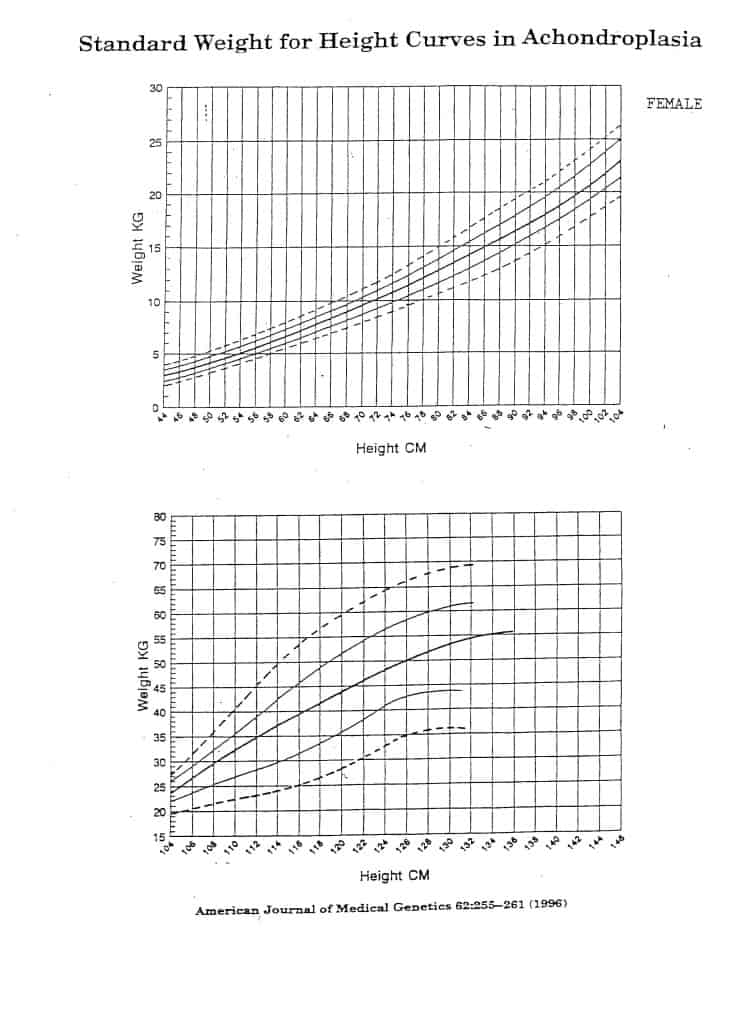 We are so happy to get a 3 month break from any doctor’s appointments, as long as there is no illness of course.  Benjamin will go to A.I. DuPont Children’s Hospital on his birthday, May 26, to see his geneticist Dr. Bober and we will meet with Dr. MacKenzie in orthopedics for the first time as well.  Then, a few days later he will have his one year pediatrician appointment.  We can only hope that he keeps progressing as amazingly well as he has been!  He is such a lucky, sweet little boy!