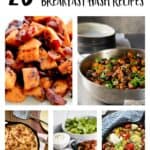 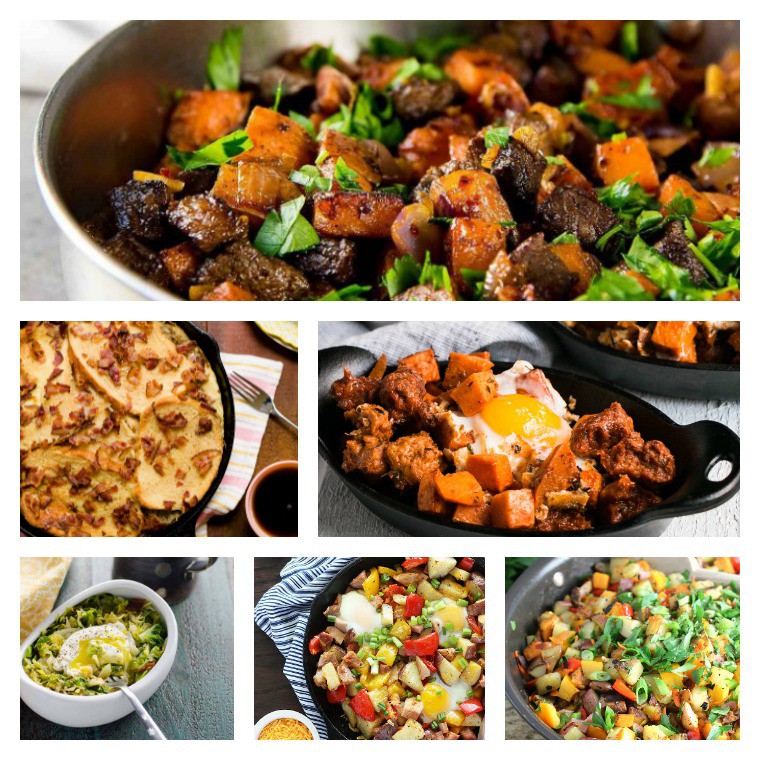 Breakfast is my favorite meal of the day.  I have a feeling I’m in good company!  There’s a good reason we eat it in the morning, afternoon, and evening – it’s delicious!  And even more so when you include an amazing breakfast hash as part of the meal!  Try any one of these 25 breakfast hash recipes and you won’t be disappointed!

This round up includes a variety of hash recipes using regular white potatoes, sweet potatoes and even a few other alternatives. There are plenty of traditional and unique options to choose from! 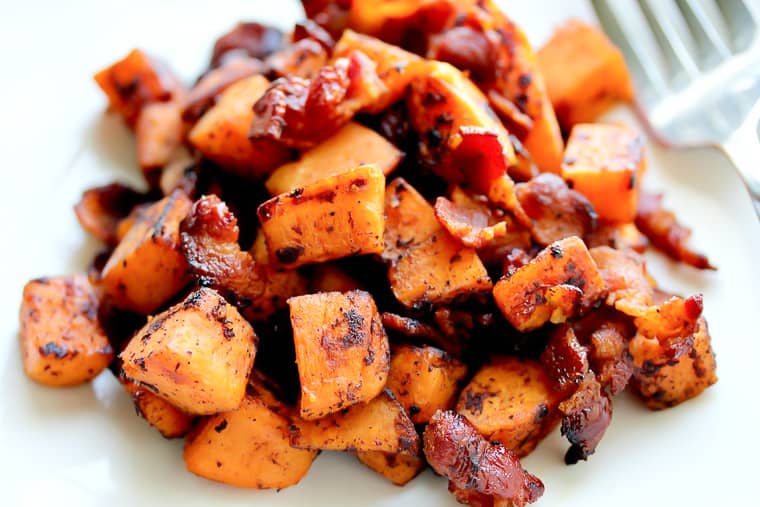 I’m starting this round up off with one of my most popular recipes. Sweet potatoes and savory bacon make for a perfect combination!  Top them off with a little maple syrup and cinnamon and you have yourself one addicting breakfast hash recipe! You can easily add eggs to the hash, or serve them off to the side. This recipe also makes a great side dish!

If you love Brussels sprouts, you have got to try this gorgeous Brussels Sprouts and Fingerling Potato Hash from The Organic Kitchen! I love the addition of pancetta and pomegranate seeds for little bursts of sweetness! 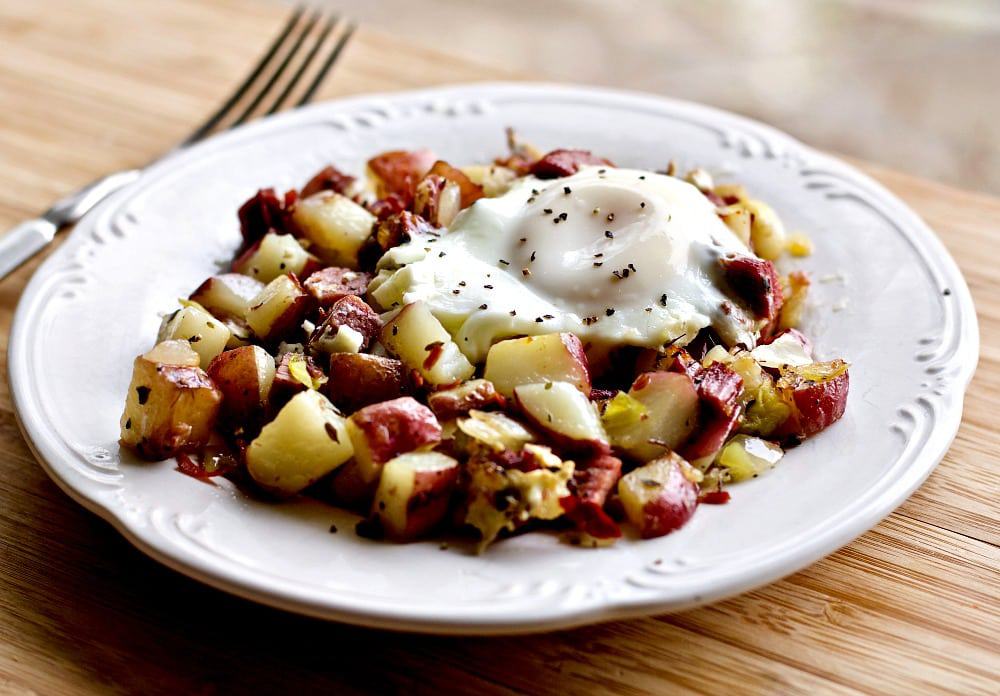 No more eating corned beef hash out of a can!  Head over to Homemade Food Junkie to learn how to make this Corned Beef Hash and Eggs recipe using leftover corned beef. 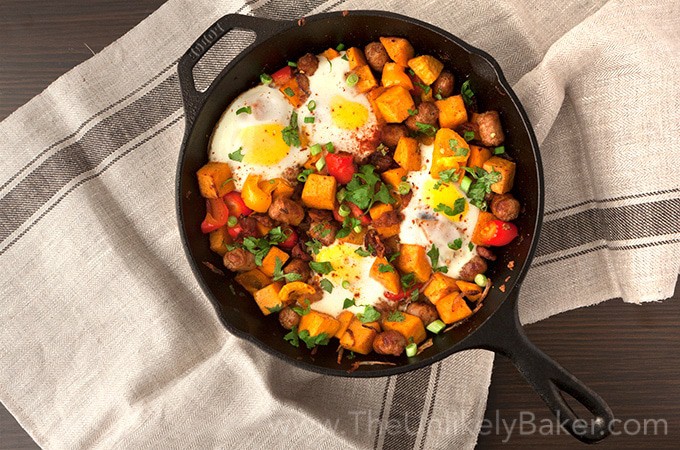 Talk about a one-pan meal!  This Sweet Potato Breakfast Hash with Sausage, Bacon, and Eggs from The Unlikely Baker has it all! 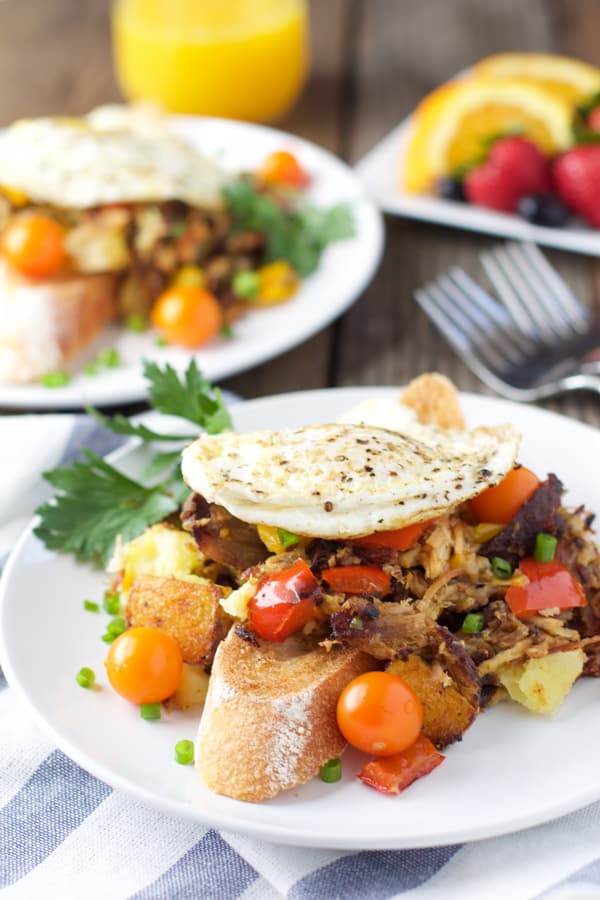 Vindulge has this delicious Smoked Pulled Pork Hash recipe on their website that is a must try! 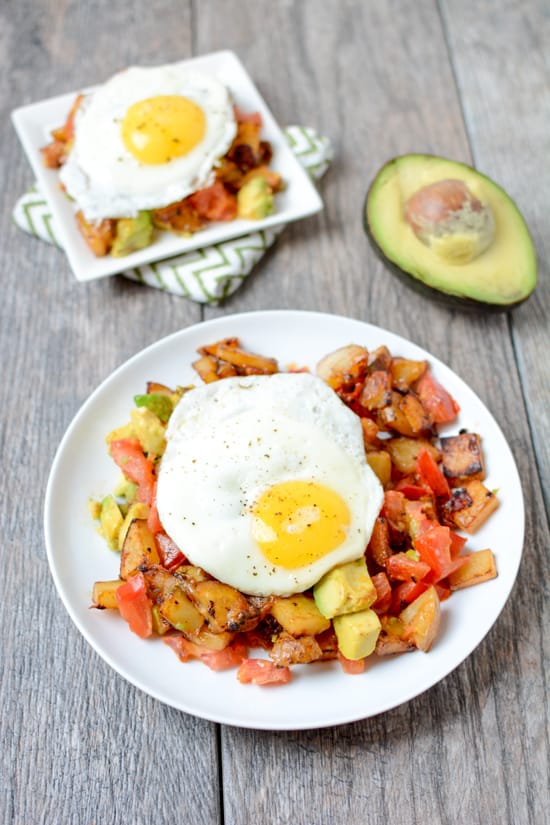 The addition of avocado in this Avocado Bacon Hash recipe from The Lean Green Bean makes this dish pure perfection! 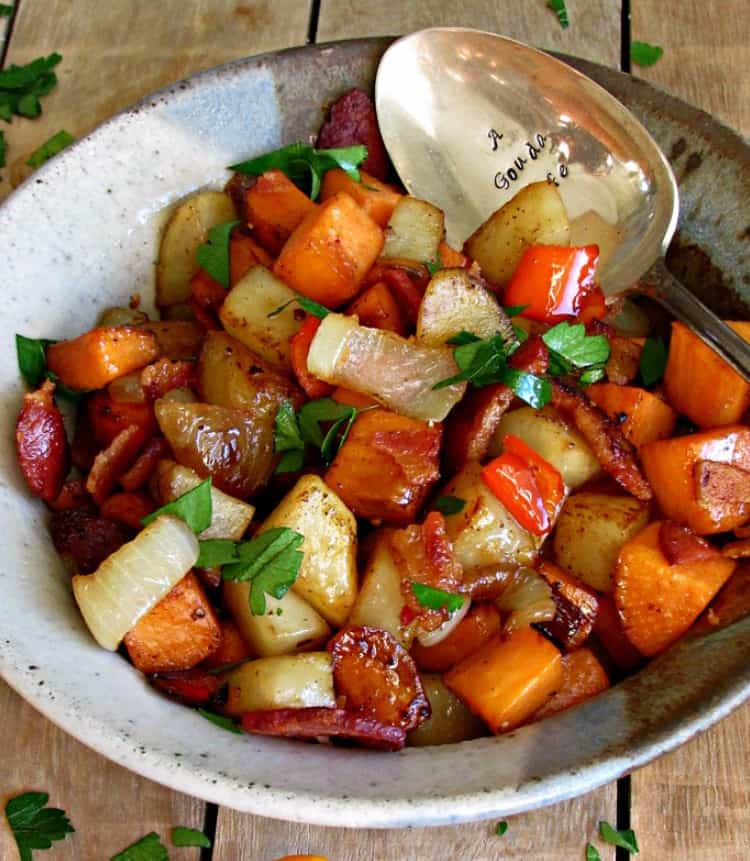 This Bacon Sweet Potato Hash by A Gouda Life uses both sweet and regular potatoes, peppers and onions for a very flavorful hash! 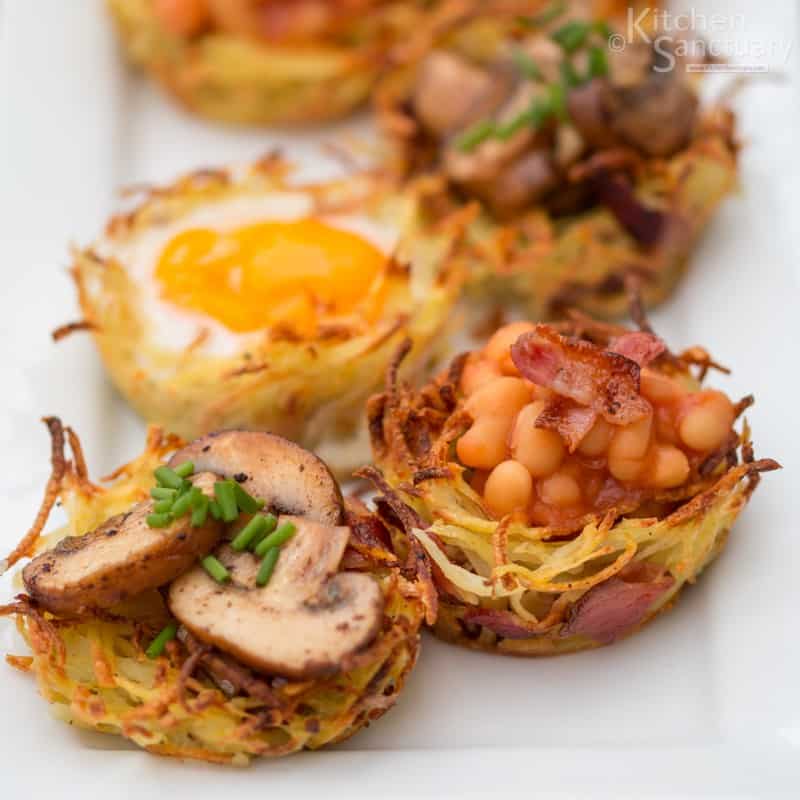 While this recipe is a little different in that it’s actually hashbrowns, rather than a typical hash, Kitchen Sanctuary went above and beyond with this very versatile recipe for Hashbrown Breakfast Bake! I just had to include it! 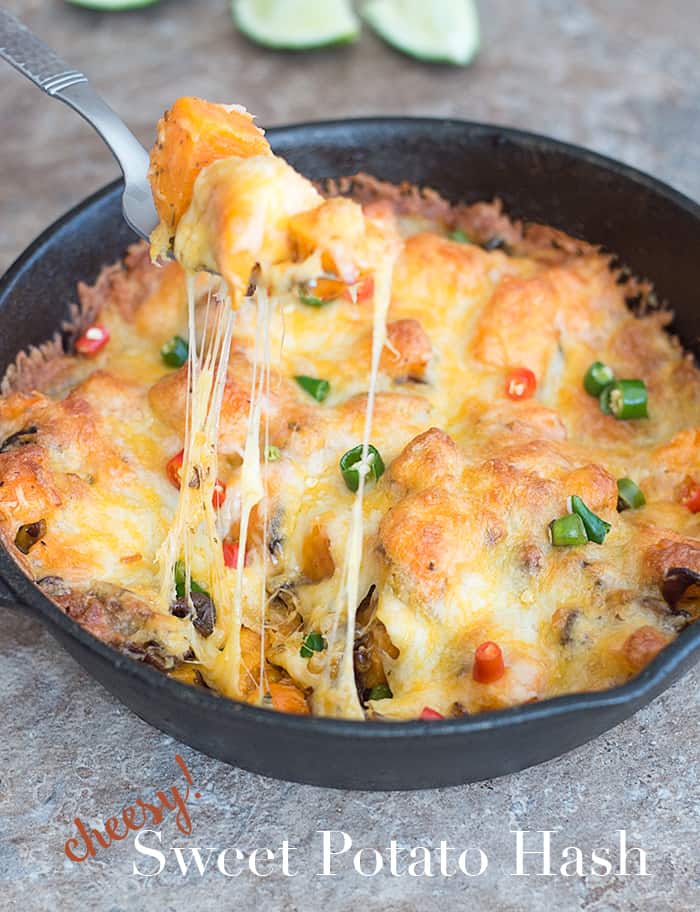 This Sweet Potato Hash with Mushrooms by Healing Tomato is covered in ooey, gooey, yummy cheese! 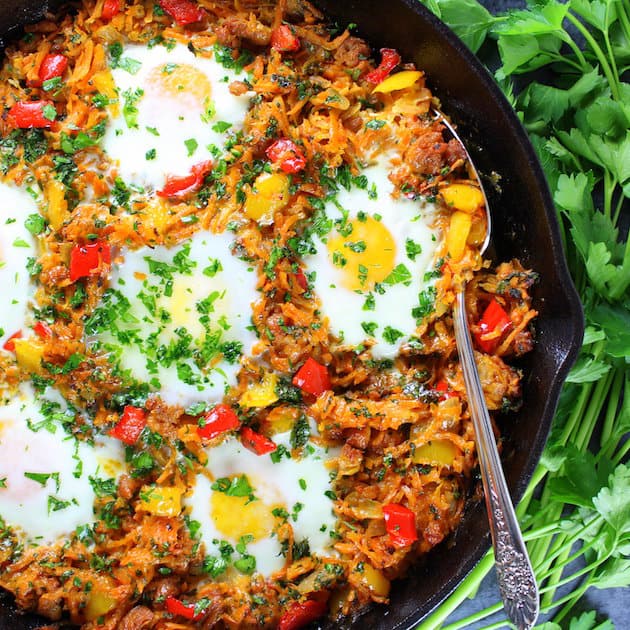 Taste and See’s recipe for Sweet Potato and Chicken Sausage Breakfast Skillet with peppers and cheese is simply amazing! 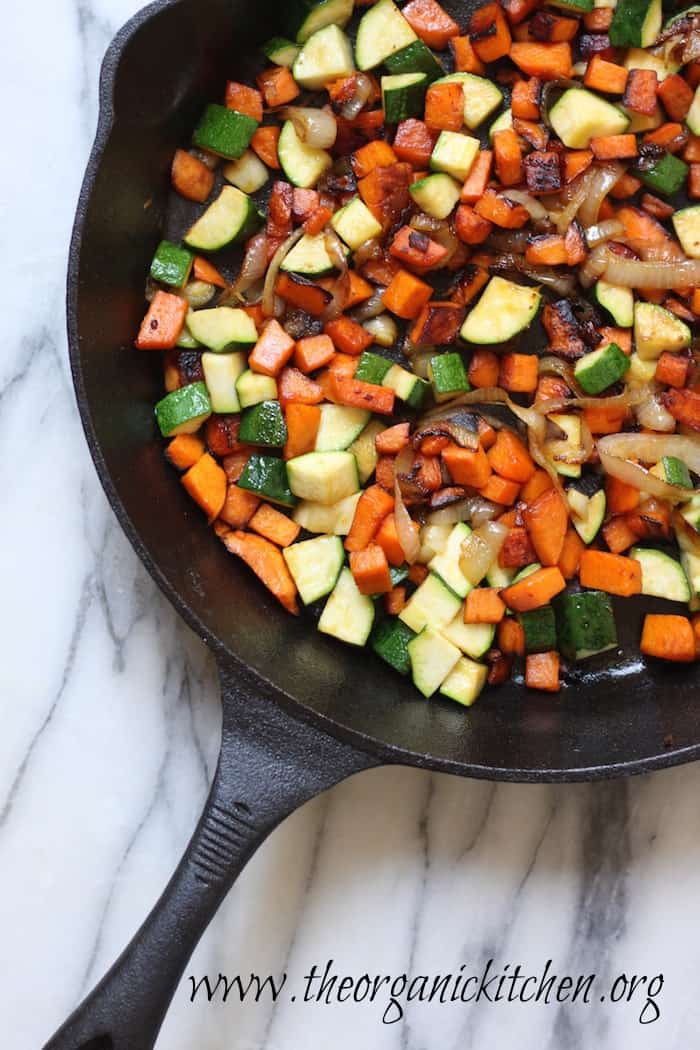 This Breakfast Hash with Poached Eggs is another amazing hash recipe from the equally as amazing blog, The Organic Kitchen! I love that this recipe includes zucchini – a rare appearance in a breakfast recipe! 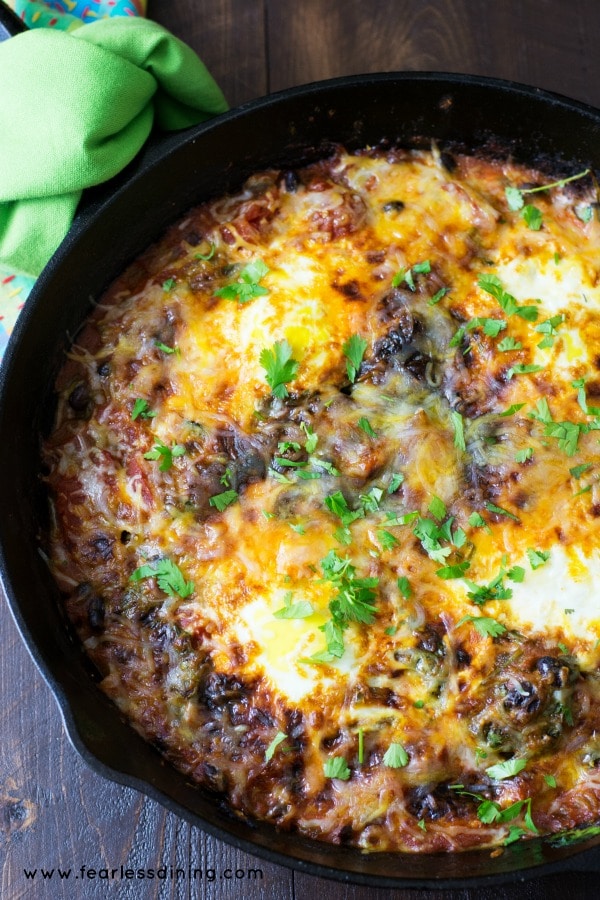 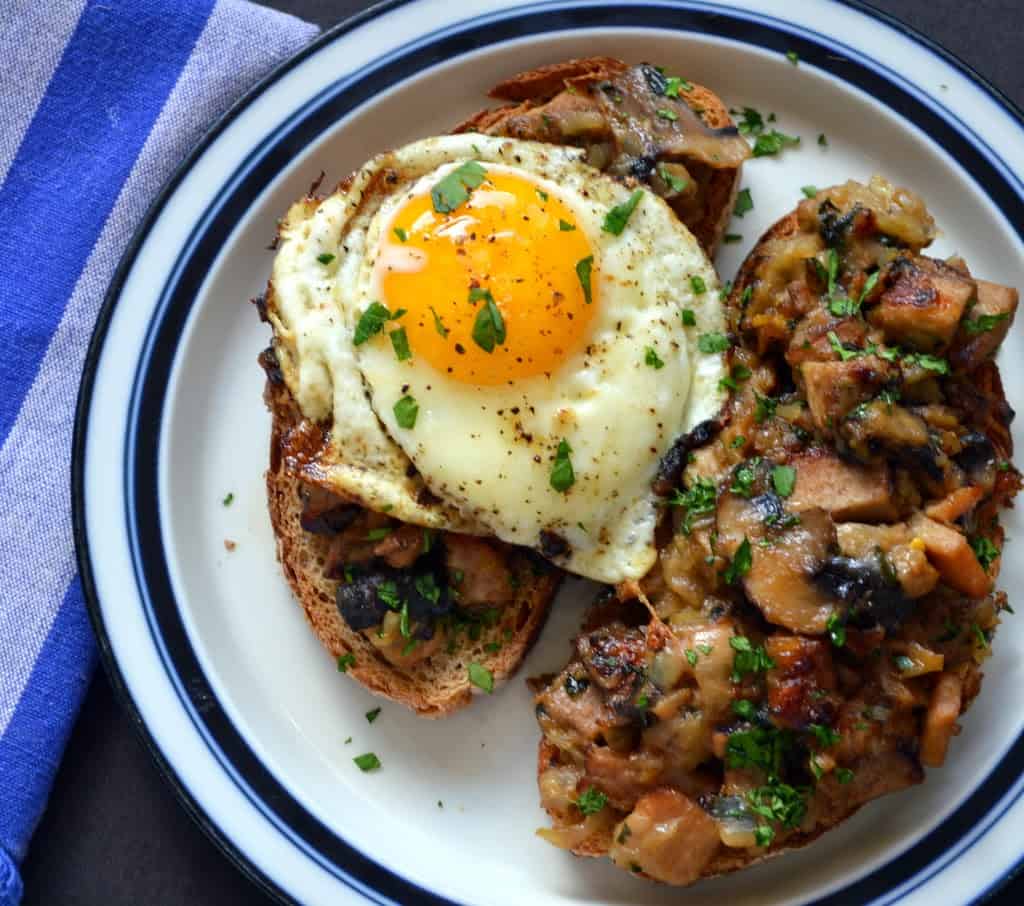 Colorado’s Best Hash – This is How I Cook

This Is How I Cook created this hearty hash recipe they call Colorado’s Best Hash!  Try it and you be the judge! 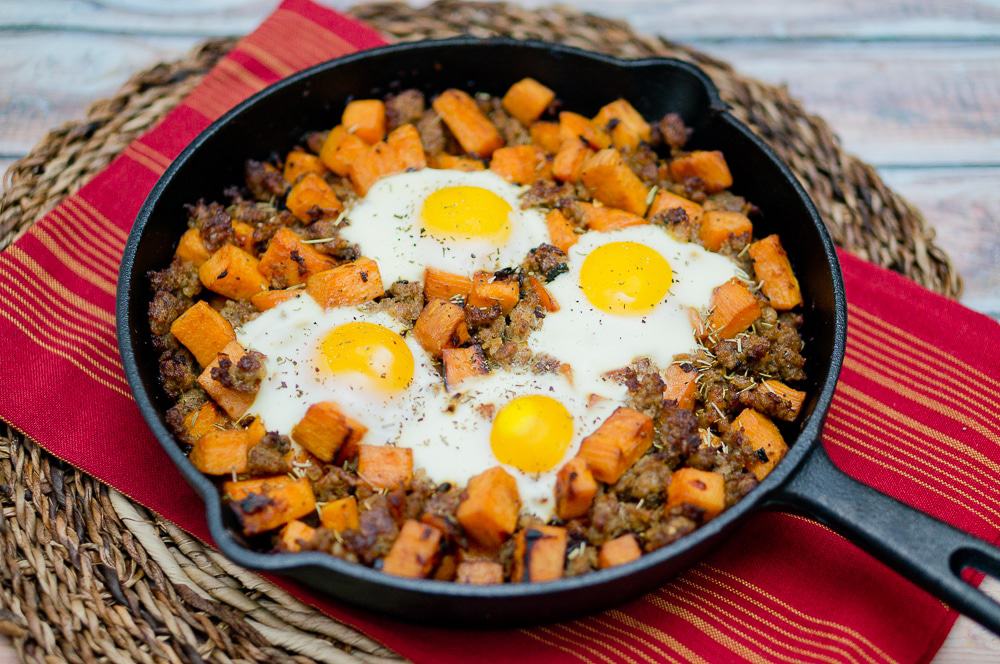 Sweet Potato Hash with Sausage and Eggs from Delicious Meets Healthy is yet another delicious sweet potato hash recipe to try! This one includes ground sausage and eggs – yum! 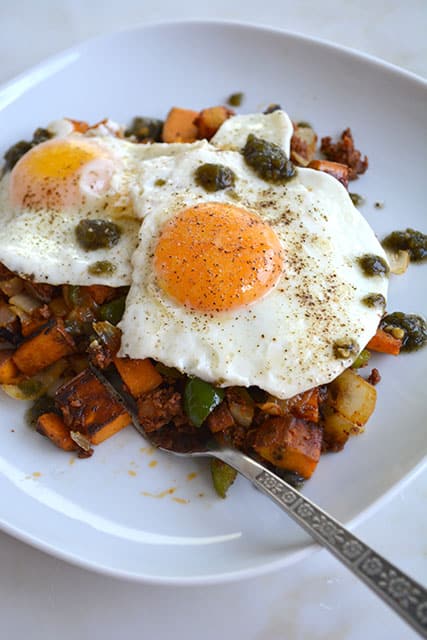 Chorizo and Sweet Potato Hash – I Am Honey Bee

You will love the addition of chorizo in this Chorizo and Sweet Potato Breakfast Hash from I am A Honey Bee! 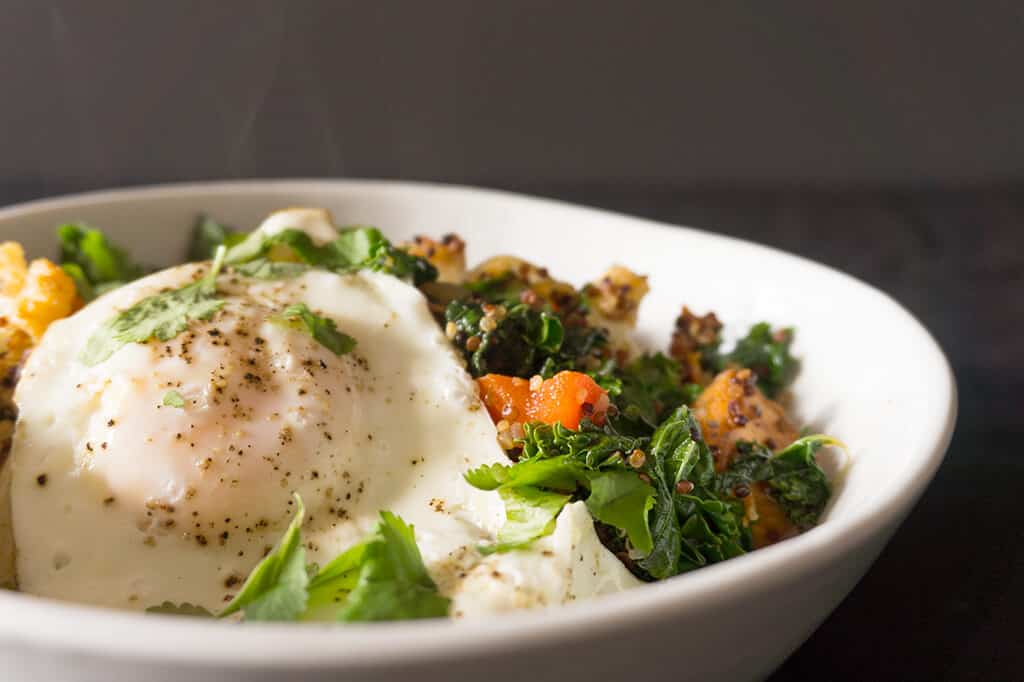 Oat and Sesame created this healthy Quinoa Breakfast Hash that is full of veggies and flavor with a little extra protein from the quinoa! 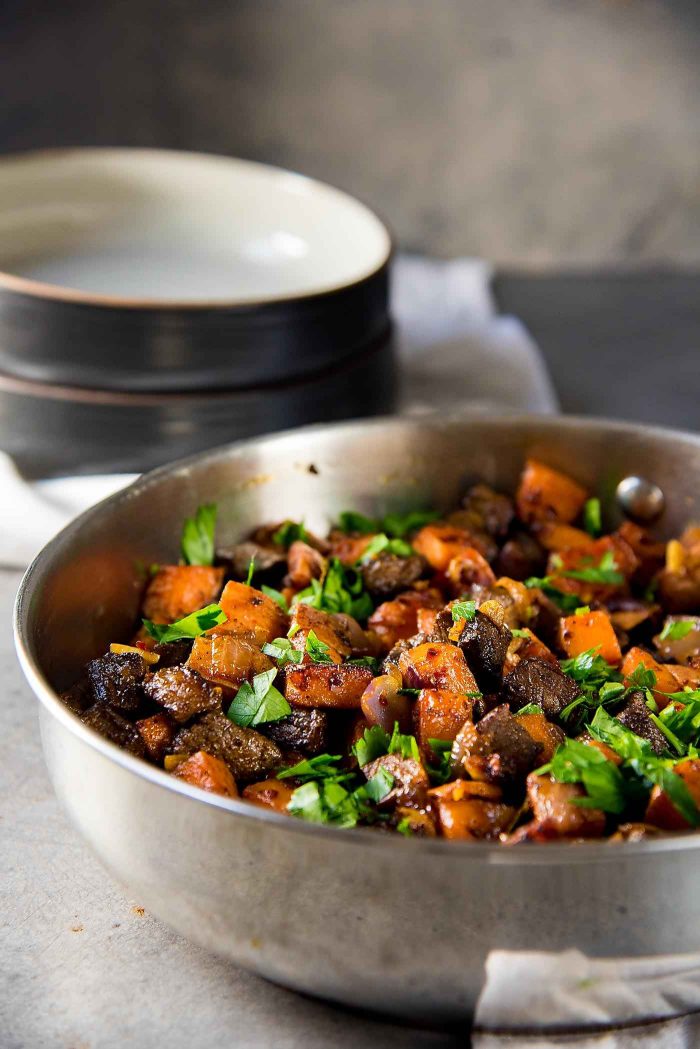 This Steak and Sweet Potato Hash by The Flavor Bender is a great way to use up leftovers from the night before! 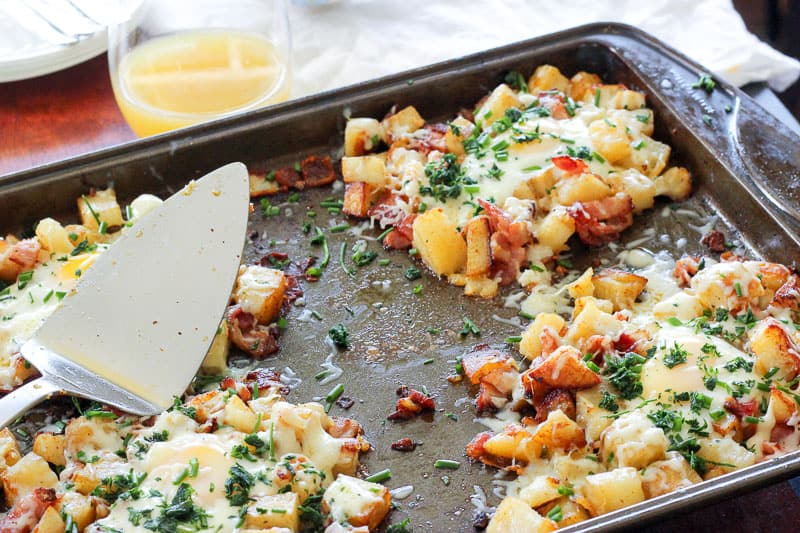 What a great idea to make breakfast hash a little easier! This Potato, Bacon, and Egg Sheet Pan Breakfast recipe from Delicious on a Dime is just brilliant – and so, so tasty! 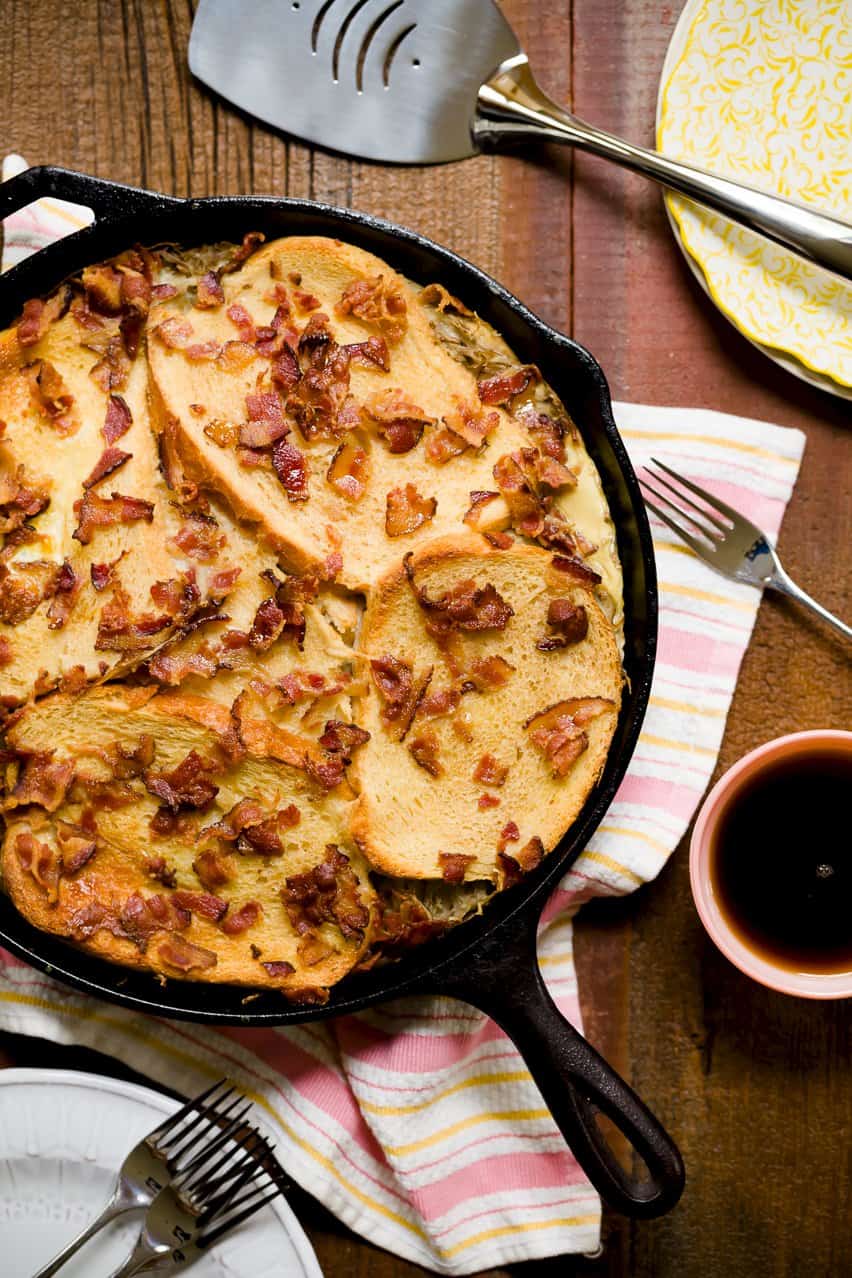 What?! Breakfast hash and french toast all rolled up into one delicious looking casserole! Yes, please!

20. Ham and Egg Hash with Potatoes 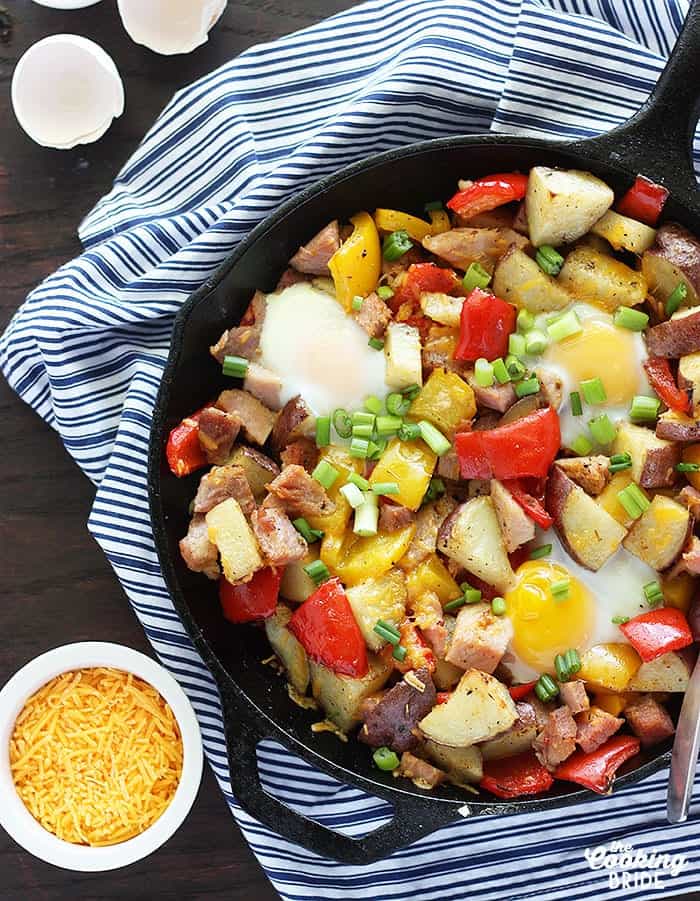 I love ham in an omelet and can’t wait to try it in this amazing Ham and Egg Hash recipe from Cooking Bride! 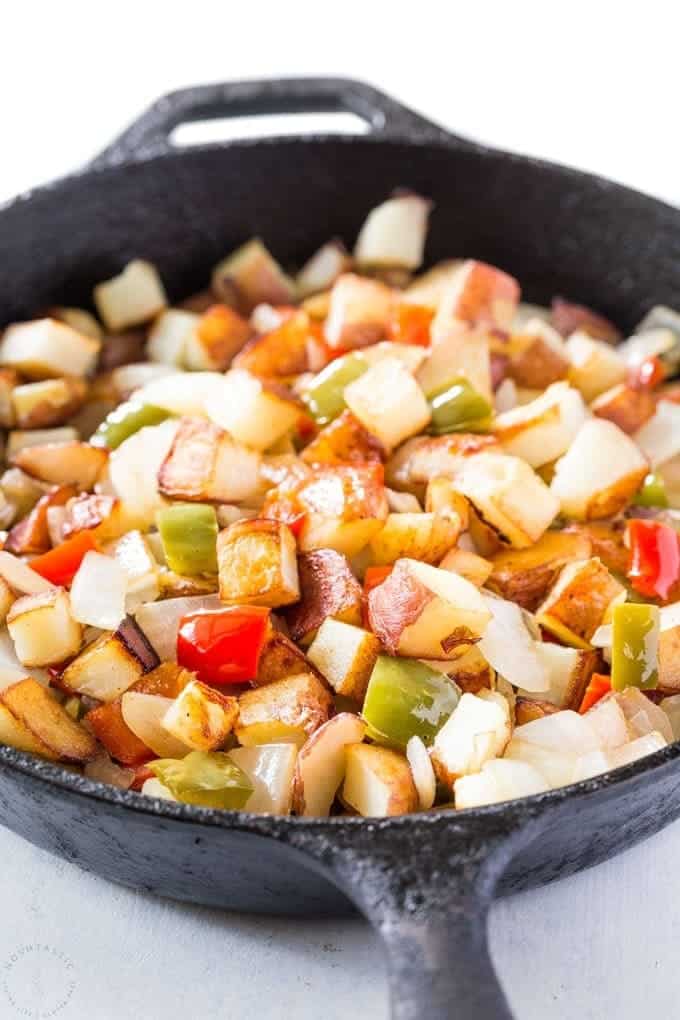 Potatoes O’Brien is such a class recipe and a great one to keep on hand! This version from Noshtastic is just perfection!

This Healthy Three Potato Hash from Erica’s Kitchen not only uses 3 different kind of potatoes, but is also loaded with veggies like carrots and tomatoes! 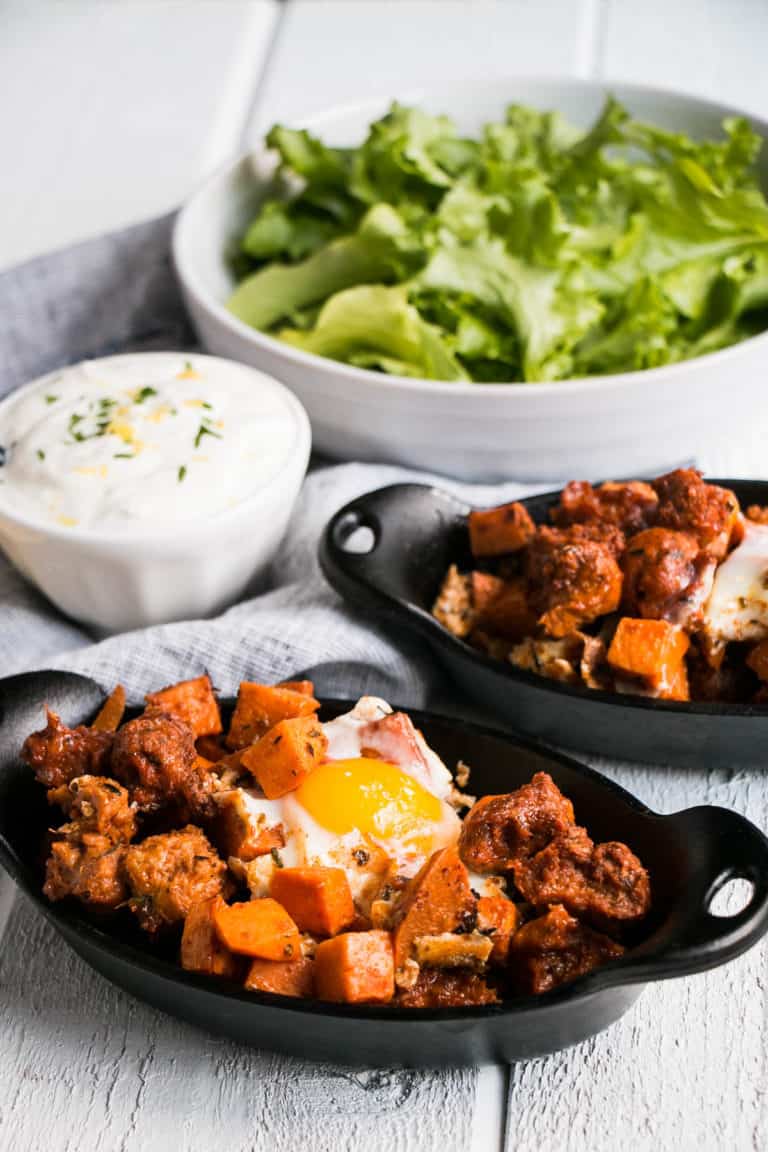 I absolutely love harissa-roasted sweet potatoes so I am sure that this hash recipe from My Kitchen Love is definitely amazing! 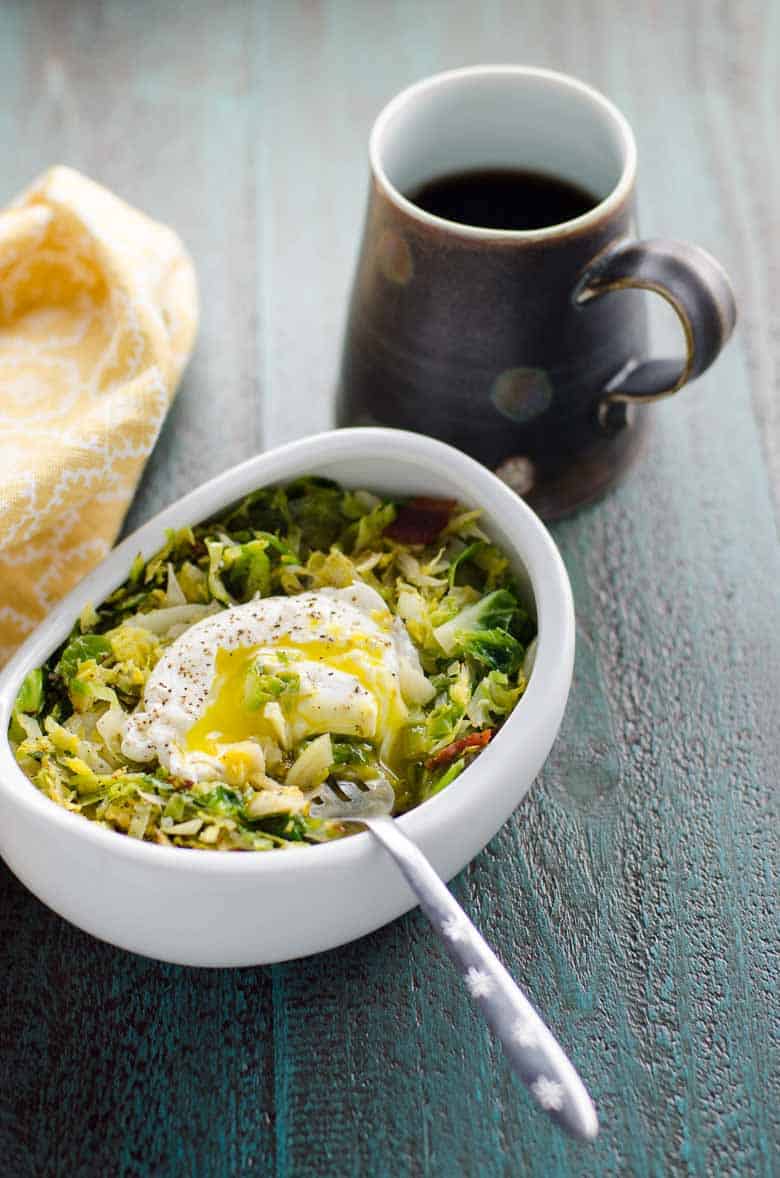 Does hash always have to be centered around potatoes? Nope! This simple, yet delicious recipe for Brussels Sprouts Hash with Bacon and Poached Eggs from Umami Girl is proof that potatoes aren’t the only veggie that can be the star of a good hash recipe! 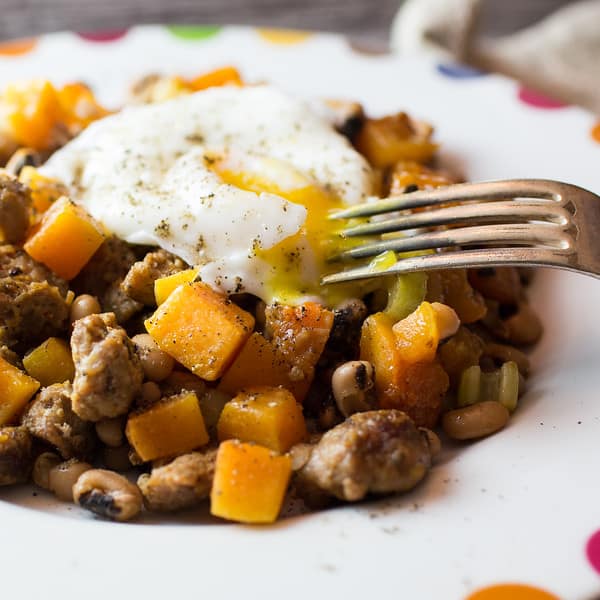 I love the unique flavors in this hash recipe! Butternut Squash, black eye peas, and sausage make up this hash. Top it with an egg and breakfast is served!

There you have it!  25 Insanely Delicious Breakfast Hash recipes!  Now all you have to do is decide which one you are going to try first!

Other Round Ups to Check Out

This round up was originally posted on June 1, 2017. It was updated in February 2019 with several new recipes. 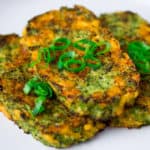 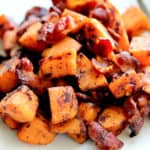 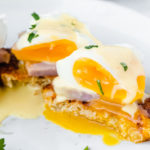 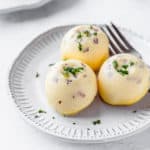 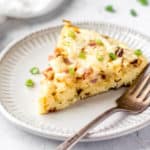